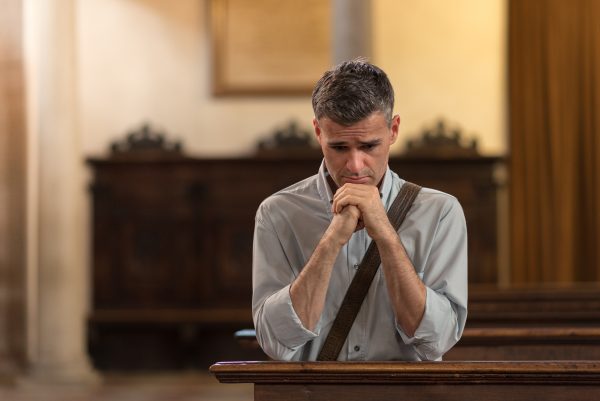 “My neighbors son died the other day. He was a beautiful kid only twenty-one years into this world. Police and ambulance sirens blared as they raced up our street in an effort to revive him, but the sirens served only as an alarm that a life had been extinguished much too soon.”

Steve Straessle, principal at Catholic High School for Boys in Little Rock, wrote these moving words about a young student’s death a decade ago, and we still ask ourselves, “How on earth are we to respond as parents to tragedies like these?

“The simple answer,” Straessle says, “is that parents must talk to their kids more and be more aware of what they are doing. It will cut the odds against them in half.”

As it stands now, ninety percent of alcohol and other drug addictions begin in the teen years, according to the Partnership for Drug-Free kids.

“The boy’s parents are constantly soggy-eyed now,” Straessel continues, “and they busy themselves in the yard in the hope that physical exhaustion will somehow exorcise the pain in their souls.

“The boy’s father was mowing the yard when I pulled up next to him. I was backing out of my driveway, and the car was filled to the brim with my five kids and their mother. I almost felt guilty as he peered in the back window and caught a glimpse of the activity and promise belted into the seats.

“I told him how sorry I was for his loss. My wife quietly began sobbing when she saw my neighbor’s face. My neighbor said simply, “He was a good boy; he just had a problem.”

Tragically, some families or unmarried couples just don’t have the will or ability to adequately respond effectively to the need. We should continue to seek ways to help them, but there are also healthy families that can do better given the right information and some encouragement.

Parents should begin to deal with potential drug problems by sharing with their children the risk factors found in the family history by stating, for example, “Your grandfather had a disease called alcoholism. It meant that he wasn’t able to drink alcohol, and when he did drink and wasn’t watching out for his health, it really hurt me and other people he loved.”

Drinking is legal in most states when we are eighteen or older but some people can handle it and some people can’t. It is a disease that can run in families so it’s something you need to watch out for.

As families contemplate how to get across the message, here are some bullet points to consider:

If your child has a psychiatric condition like depression, anxiety or Attention Deficit Hyperactivity Disorder (ADHD), he or she is at more risk for a drug or alcohol problem. Although not all teenagers with these disorders will develop a substance abuse problem, the chances are higher when they have difficulty regulating their thoughts and emotions.

Children who have had a history of traumatic events (such as witnessing a car accident, experiencing a natural disaster or being a victim of physical or sexual abuse) have been shown to be more at risk for substance use problems later in life. Therefore, it is important for parents to recognize the possible impact of trauma on their child and get help for their child to address the issue.

Teenagers see their parents and other adults drinking alcohol, smoking cigarettes and, sometimes, trying other substances. Sometimes friends urge one another to have a drink or smoke pot, but it’s just as common for teens to start trying a substance because it’s readily available and they see all their friends enjoying it.

Forty-five percent of teens agree with the statement “Movies and TV shows make drugs seem like an okay thing to do.”  So be aware of the media that your son or daughter is consuming and talk to them about it.

Children who frequently take risks or have difficulty controlling impulses are more at risk for substance use problems. While most teens understand the dangers of taking risks, some have particular difficulty resisting impulses to engage in risky behavior especially as teenagers.

It is important to keep in mind that risk factors do not determine a child’s destiny — instead, they provide a general gauge as to the likelihood of drug or alcohol use. But it is safe to say that addressing risk factors early and paying careful attention to children at higher risk can reduce that child’s likelihood of a future problem with drugs or alcohol. Understanding risk factors is also very important when a child with more risk has already experimented with substances or has a problem.

Drug court participants are provided intensive treatment and other services for a minimum of one year. There are frequent court appearances and random drug testing, with sanctions and incentives to encourage compliance and completion. Successful completion of the treatment program results in dismissal of the charges, reduced or set‐aside sentences, lesser penalties, or a combination of these. Most important, graduating participants gain the necessary tools to rebuild their lives.

Because the problem of drugs and crime is much too broad for any single agency to tackle alone, drug courts rely upon the daily communication and cooperation of judges, court personnel, probation, treatment providers, and providers of other social services.

Drug courts vary somewhat in terms of their structure, scope, and target populations, but they all share three primary goals:

Former Circuit Judge Mary Ann Gunn offered people who had been convicted of various drug offenses and minor acts an alternative to prison and  a “last shot” at redeeming their lives. The concept was based on a local television program that she instituted when she was on the bench in 2006 and used the Washington County court in Fayetteville for tapings on Saturdays.

At the same time, Gunn’s concept was criticized in some legal circles, which had been controversial during her tenure and since her resignation from the bench.

Some  attacked the court show as not being a real-life drug court, stating that its “defendants” were actually post-adjudicated offenders who  had been sentenced to probation  not to any state or federal Drug Court, and agreed to be cast on the show in return for money for treatment and other expenses.

On her website, Judge Gunn notes that she is a founding partner of Gunn Kieklak Dennis, LLP and focuses her practice on every aspect of domestic relations. A resident of Fayetteville, Judge Mary Ann Gunn was Circuit Court Judge for the Fourth Division of District Four in Washington and Madison Counties for thirteen years. During this time, Judge Gunn maintained full civil and criminal dockets, and she also presided over the first Washington and Madison County Drug Court.

Judge Gunn is the recipient of numerous other awards for her work in legal practice and her work on the bench. She has been honored by the United States House of Representatives, the Federal Bureau of Investigation, the National Association of Drug Court Professionals and the Girl Scouts of America, among many others.

As part of our mission to help as many people as possible overcome their addictions please accept a free copy of David's book as our gift to you! To receive your free gift please submit the form below.  You will receive a download link in your … END_OF_DOCUMENT_TOKEN_TO_BE_REPLACED

As part of our mission to help as many people as possible overcome their addictions please accept a free copy of David's book as our gift to you! To receive your free gift please submit the form below.  You will receive a download link in your … END_OF_DOCUMENT_TOKEN_TO_BE_REPLACED