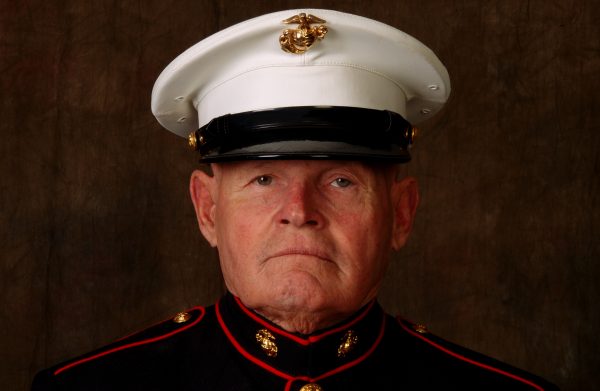 On a late Sunday afternoon in November, almost a decade ago, 57 year old David “Gator” Wood, a Vietnam War veteran, bought a bottle of vodka, brought it back to his mobile home parked behind the Salem Country Store in Benton, Arkansas and loaded his .357 magnum.

He hadn’t had a drink in 17 years, but on that Sunday, totally alone and without hope, he didn’t think he could deal with the physical and emotional pain in his life any longer.

With the bottle, as yet unopened, and the gun by his side, Gator switched on the TV for the 10 o’clock news on channel 11 in time to see a segment, narrated by anchorwoman, Anne Jansen, on alcoholism and recovery. It included an interview with me, a recovering alcoholic and founder of One Day at a Time.

My message to the audience had been that if I could recover, anyone could, and furthermore that living sober is a lot more fun than living drunk.

For Gator it was an epiphany. He poured out the vodka, unloaded the gun, looked me up in the phone book, and called me at my Little Rock home at 10:30 p.m. When I picked up, he said, “you saved my life.”

The next day, at a Benton coffee shop, we sat and talked for two hours about his life and the possibility of a new and exciting future. We had both been in the service and both of had been addicted to alcohol.  In the following days, he moved out of the mobile home, got a job and began attending 12-step meetings and reconnecting in other ways.

Several years later, Gator moved to Florida, and we lost track of one another, but as far as I know, he has remained sober. Gator affected me, as much as I affected him, and I will be forever grateful for it.

Two other veterans, I got to know, also overcame the worst kind of hell to live out the rest of their lives productively and in relative contentment.

“Our mission up there was to search and destroy,” Bernie Benschoff told me in an interview about his service in Vietnam.

“At first, we were fighting these farmers in black pajamas and funny hats, but later the NVA [North Vietnam Army] came in, and things got a lot tougher.”

“There were daily mortar attacks, and we saw a lot of death,” he said. “The second day I was there, a helicopter came back from the field loaded with dead and wounded and when the door opened, blood poured out.”

Most of the soldiers drank alcohol daily and smoked pot or pot laced with opium. Much of it came from the farmers.

After twelve months and twenty-five days and a couple of minor shrapnel wounds, Benschoff, by then a corporal, flew home with what was left of the 130 men he had gone over with. Seventy, barely half, had survived.

He took thirty days of leave in Los Angeles when he got home and began drinking “a quart of vodka a day and two quarts a day on weekends.”

Then he got clean and straight and several years ago, we had a talk over coffee. He had become a Christian, he said, and was sponsoring some men.

I met Bob G, another vet, at a Narcotics Anonymous meeting. He had served with the Marines in Vietnam for 16 months, and for many years had been treated for Post Traumatic Stress Disorder (PTSD) stemming from his combat service during the late nineteen sixties.

During the more than 30 years after his service, overcome by his fears, anger and addictions, Bob lost his family, went to prison three times, once for murder, and attempted suicide ten times. At one point, he was given a year to live because of his numerous afflictions.

But Bob eventually overcame his demons and helped countless others get well too. Bob got 8 medals and ribbons for the 16 months he spent in Vietnam.

Former Army Ranger Danny Ray Reed II, who was engaged with special operations, once said, “When you come back, you’re either a workaholic or an alcoholic. If I wasn’t working, I was drinking. It helps for the first couple of hours, but then it takes you back into that frame of mind you don’t want to be in.

During a blackout, Reed got into a row with the crew of a United Airlines flight to the point where they refused to sell him more drinks, which almost landed him in jail. Instead, he ended up in treatment for both his PTSD and his alcohol addiction.

VA hospitals provide treatment for PTSD, but they are big and often impersonal, and some vets don’t want to deal with them. Recognizing where these combat veterans were coming from, the federal government, in 1979, created a kind of welcoming, storefront operation in shopping malls and other accessible locations called Vet Centers.

Staffed with a counselor or two and a secretary, the Centers were at first intended to serve the Vietnam veterans but were later expanded to include all veterans who had served in a combat zone. That includes World War II, Korea, Lebanon, Grenada, Panama, Persian Gulf, Somalia, former Yugoslavia, and the global war on terror.

All the services are free and available to all combat veterans except those who have been dishonorably discharged. There are two Centers in Arkansas, one in North Little Rock and the other in Fayetteville, and they offer some outreach services.

When Vietnam Vet Norrith Ellison came home he began attending AA meetings but felt that his cocaine addiction was different than those of the alcoholic, and he founded Little Rock’s Rainbow Group of Cocaine Anonymous.

Ellison also founded a program to supplement his cocaine Anonymous meetings which addressed the problem of relapsing. Using as his text, Staying Sober: A Guide for Relapse Prevention by Terence T. Gorski and Merlene Miller, Ellison began to conduct classes.

Drake began her journey to sobriety at ArkansasCares, a University of Arkansas for Medical Science (UAMS) program conceived to treat mothers and children together in a residential setting.

In the late spring of 2011, Sixth Circuit Judge Mary S. McGowan convened Little Rock’s new Veterans Treatment Court (VTC) on the third floor of the Pulaski County courthouse, the second of its kind in Arkansas and one of about forty nationwide.

The mission of the VTC program is to promote recovery and rehabilitation from substance abuse and mental health issues. When successful, which is most of the time, damaged lives and broken families are restored, and society benefits.

VTCs, like drug courts, are an alternative to standard courts in that they combine the structure and accountability of a court but with a strong emphasis on treatment.

VTCs are typically staffed by a team consisting of the judge and court staff, a prosecutor, a public defender or private attorney representing the offender, a probation officer, and a Veterans Treatment Court liaison—a key position.

Bernie Marcus, founder of Home Depot and a generous and focused philanthropist is a major supporter of veteran’s causes.

There have been many beneficiaries of his generosity, but his focus on helping wounded veterans suffering from severe physical and psychic wounds is especially noteworthy.

What triggered his support was a tour of the Shepherd Center, a nationally prominent rehabilitation hospital in Atlanta where he met a young soldier with a spinal-cord injury and a traumatic brain injury.

The veteran, Marcus said, had been given a prognosis of paralysis from the waist down for the rest of his life and had been waiting months for the military to process his paperwork and discharge him to V.A. care.

Appalled by the neglect, Marcus put the heat on, and, with his urging, Shepherd created what they called their SHARE initiative for wounded veterans.

SHARE participants undergo a two-week assessment of their symptoms and functional limitations led by a team of neurologists, psychiatrists, psychologists, speech pathologists and physical therapists. The team then produces a set of treatment recommendations.

SHARE and The National Intrepid Center of Excellence (NICoE), a Department of Defense Organization are working to advance the clinical care, diagnosis research and education of military service members with traumatic brain injuries and psychological health conditions.

Together, SHARE and Kelly have started working on a plan to build a preeminent brain-injury clinic. It would be located on the Anschutz Campus of the University of Colorado School of Medicine, Kelly’s home teaching institution. And it would offer the best concussion care for a thousand miles in any direction.

As part of our mission to help as many people as possible overcome their addictions please accept a free copy of David's book as our gift to you! To receive your free gift please submit the form below.  You will receive a download link in your … END_OF_DOCUMENT_TOKEN_TO_BE_REPLACED

As part of our mission to help as many people as possible overcome their addictions please accept a free copy of David's book as our gift to you! To receive your free gift please submit the form below.  You will receive a download link in your … END_OF_DOCUMENT_TOKEN_TO_BE_REPLACED