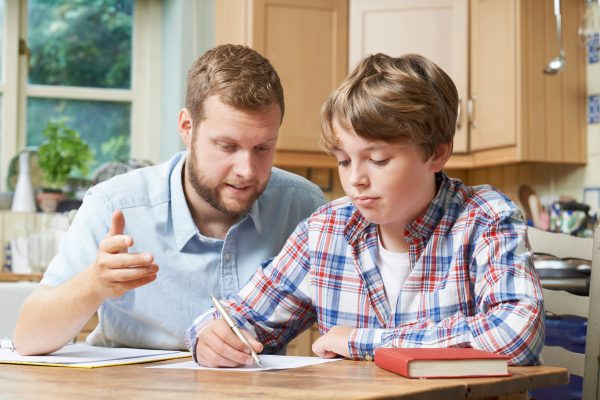 More than two thirds of today’s teenagers try alcohol, and half take other drugs before they reach their high school senior year.

In the past two decades, the range of overdose deaths among teens has tripled according to the National Institute on Drug Abuse.

We need to expand our focus from simply warning kids about drugs to better understanding why teens use them and giving them facts to counter destructive myths.

There is another disturbing fact. Kids are buying powerful drugs online, some of them with Bitcoin, a highly speculative cryptocurrency. This level of sophistication is especially disturbing.

So what are parents and grandparents to do ?

I, for one, frequently refer to the Hazelden Betty Ford web site in my search for answers that have served me well

Hazelden has been serving alcohol and other drug abusers since 1949, not long after the founding of Alcholics Anonymous in 1935. It currently operates 17 facilities in nine states. It is easily one of the nation’s top three treatment facilities.

Hazelden got a boost when, Betty Ford, wife of the nation’s thirty fifth president Gerald Ford and a recovering alcoholic herself began a collaboration with Hazelden in 1982 that eventually catapulted the facility into the top three.

While browsing on the site recently, I came across a printed conversation between staff member, William Moyers, a recovering alcoholic and father of three adult children and visiting professor Dr. Joe Lee, father of two very young children.

Lee and Moyers had a conversation about how parents can better cope with growing addictions in children.

With regard to parents, Dr. Lee advises them to be informed as they can, recognizing that there’s no way to keep up.

“We professionals can keep up because we see kids from around the country. We know what the price of heroin is in Alaska. But what we encourage parents to do is to model values in their home.

“Early prevention in grade school kids has nothing to do with drugs. You’ don’t talk to first graders about drugs or cocaine. What you teach them in those preventive classes is how to cope, how to communicate, how to be empathic.

“You teach them how to get along with other people. How to be resilient. How to be good citizens. And those skills, believe it or not, later on, reduce recidivism of all kinds. Better school grades, less behavioral disruptions, less substance use, even for our high-risk populations.

“The beauty of that take-away for parents is that instead of getting lost in the drugs or no drugs dialogue, or should this chemical be legal or not and how is it going to affect my family, you want to model these values.

“I had a conversation with my six-year-old in the car, driving him to school. Because one of his friends is leaving school at the end of this year. My son was hesitant about maybe doing a goodbye card for his friend.

“It was our first conversation really about empathy. I actually used the word because now he’s old enough to understand what it is. And I said ‘Gabriel’, if you were the one leaving school at the end of the year, what would you like your friends to do?

“Because empathy isn’t just about helping people in need. Empathy’s about can you walk in the shoes of somebody that you have opposing views with? When you’re angry at them, can you pause and imagine what it might like be on the other side?

“And—grace. Once you walk in enough people’s lives, you understand we’re all fallible. And that we all need unmerited forgiveness. And second chances. And third chances. And fifteenth chances. Because that is human nature. And—and accepting that grace allows us to pass that gift onto other people.

“So, empathy sometimes isn’t where we start. Empathy is the gift we get for a lot of things that we do in life because we approach it through a certain sense of humility and grace”.

We emphasize their autonomy because at the end of their lives it’s their life. And its their choice. And they have to choose to accept the burden of a chronic illness like addiction. And a lot of what we do now, and we’ve advanced a lot of things we’ve done compared to the past, is we use evidence-based strategies like motivational interviewing. But we’ve never forsaken the value-driven spiritual component of recovery. And—and what that allows people to do. We believe in people. We are humanistic.

“We’ve never forsaken the value-driven spiritual component of recovery. When they have the courage and the humility to stop complaining or being defensive and accept the grace and embrace that love, then their perspective is different.”

What we need is a shift in focus from simply warning about drugs to understanding why teens use them and giving the facts to counter destructive myths. If teenagers are given accurate information they can begin to weigh the true levels of risk themselves.

Our slogan should be, “Just Say Know.”

As part of our mission to help as many people as possible overcome their addictions please accept a free copy of David's book as our gift to you! To receive your free gift please submit the form below.  You will receive a download link in your … END_OF_DOCUMENT_TOKEN_TO_BE_REPLACED

As part of our mission to help as many people as possible overcome their addictions please accept a free copy of David's book as our gift to you! To receive your free gift please submit the form below.  You will receive a download link in your … END_OF_DOCUMENT_TOKEN_TO_BE_REPLACED