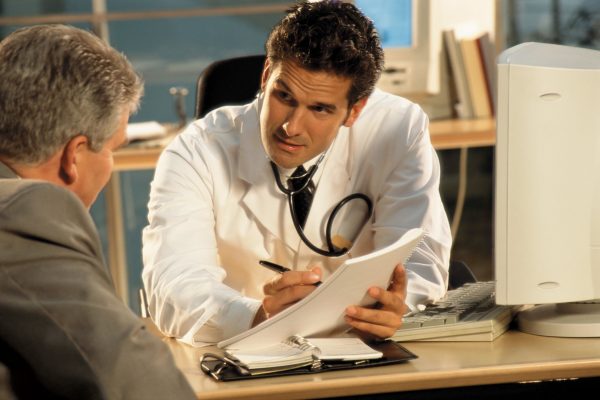 Easter weekend is a good time to reflect on redemption.

I refer here to the redemption of Ron T. a “hopeless drunk and drug abuser.”

I met Ron at an AA meeting 30 years ago—Little Rock’s Cosmopolitan Club–and when I heard his story, which involved alcohol and a variety of drugs (heroin, LSD and others), I was awed by what he had been able to achieve doing his “one day at a time”recovery

Ron had always wanted to be a pilot, and American Airlines took him on, trained him (he was a natural), and he became a successful captain whose landing at Little Rock’s airport during a bad thunder storm more than 20 years ago was nothing short of miraculous.

Later, an injury to his arm ended Ron’s career as a pilot, and a short time later he headed west to the beckoning ski areas of Colorado.

Last year, I ran into him at the Little Rock Athletic Club during one of his visits to Arkansas. He looked and sounded great.

When we parted we gave each other a wave, a grin and a shout, “Keep coming back.”

Ron had been in and out of treatment facilities, and I got to know him at the AA meetings we both attended—mostly “Cosmo”–short for Cosmopolitan Club and also Wolfe Street, a facility founded in 1982 by three ex-drunks which holds 12-step meetings day and night seven days a week.

Ron got sober at Little Rock’s Bridgeway Hospital, and his own account of what that was like is included in the book, “Pathways to Serenity. Overcoming your addictions one day at a time.”

This is a portion of it in Ron’s words:

“On day five at The BridgeWay, three patients and an intern guided me gently into group therapy.

“The group, after sizing me up, thought I was flaky and seemed to distrust me. Hell, I was flaky. My thoughts and moods changed rapidly. My words did not make sentences. It was as if my mind was not connected to my mouth. When I would try to communicate a thought, it would be gone before I could complete it out loud.

“This was frustrating, and I began to get angry. Actually, I had been angry for twenty years, but now I knew I was angry. The group became more distant. I became more resentful.

“This cycle would have continued, but two things happened, I think. My words began to make complete sentences. The sentences were not quite complete paragraphs yet, but I was communicating. The second thing was that the group lightened up on me a little. I think the counselors had intervened and asked them to give me a break.”

Also, Kim, a nice looking lady in her forties, befriended me. She was married with four kids and would talk about her family frequently. She began to treat me as if I was part of her family, and when they came to visit, I would be included. It melted some of the ice that had made me so cold for so long.

“The counselors thought I might have some grief problems associated with my father’s death. They asked me to write a letter to him. I had done this before in another rehab center, so I was skeptical.

“That night, I began writing the letter. I am not sure exactly what my feelings were, but I wept for at least an hour. The effect was so profound that I slept peacefully for the first time in many years. I had not really slept at all since detox, so I knew something was going on.

“Gladys, the chief counselor, asked me to read the letter to the group. As I began to read it, the tears began to flow down my cheeks. In embarrassment, I looked up to see how the other addicts and alcoholics were responding. I thought for sure that they would be looking down on me for my weakness. What I saw was a room full of some really hard-core, cynical alcoholics weeping without any shame at all.

“This experience changed the course of my treatment. I felt like part of a group for the first time in years. I will never forget them.

“There were the railroad employees who had flunked drug tests and were sentenced to The BridgeWay by their boss: Dan, who seemed genuinely interested in sobering up, and Joe, who just wanted to do his time and get back to work.

“There was the old lady, Hailey, who had begun to drink after her husband died. There was a young man named Ben who had been the golden boy of his family but was busted for selling drugs at his college.

“A very large country boy named John from the Ouachita Mountains of West Arkansas was there with the rest of them, crying like a baby. Kim was sobbing the loudest, and placed her hand on my trembling arm as I tried to hold the letter steady as I read.

“When I finished reading the letter, everyone came up and hugged me, including the counselors—who had one by one entered the room as the situation unfolded. I was no longer alone. I was with a group of people struggling with the same problem.

“‘We’ is a powerful word, and it is used many times in the Alcoholics Anonymous Big Book. The concept of one alcoholic helping another is part of the magic that entered my life that day.”

The BridgeWay, now in its 35th year, offers a variety of services designed to help children, adolescents and adults who are struggling with behavioral, emotional or addictive problems. Its team of mental health professionals includes: psychiatrists, clinical therapists and nurses and mental health associates.

As part of our mission to help as many people as possible overcome their addictions please accept a free copy of David's book as our gift to you! To receive your free gift please submit the form below.  You will receive a download link in your … END_OF_DOCUMENT_TOKEN_TO_BE_REPLACED

As part of our mission to help as many people as possible overcome their addictions please accept a free copy of David's book as our gift to you! To receive your free gift please submit the form below.  You will receive a download link in your … END_OF_DOCUMENT_TOKEN_TO_BE_REPLACED