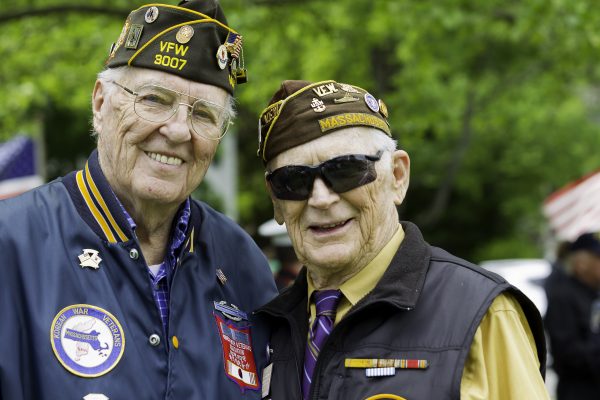 Just before the stock market crash of 1929, my father decided to strike out on his own and founded a publication in New York called “Our Town.” He published one issue, the market crashed and so did “Our Town.”

The future looked grim. He was broke, and he had a wife, Edythe, and a six month old baby, me, to care for.

As luck would have it, my mother had a few bucks stashed away, enough to sustain them when the banks closed.

Today’s newspapers face a similar fate—this time at the hands of a technology, and Little Rock’s splendid daily paper, the Arkansas Democrat Gazette, is at a cross roads. Production costs are up and revenues are down. Newsprint is scarce and expensive and readers have turned to cell phones, lap tops and I-pads for news.

Reporter Mike Masterson, explained the plight of newspapers today and the planned solution for the Democrat Gazette based on providing subscribers with I-pads on which they can receive the news.

Masterson said, “I grew up with a newspaper printed on newsprint. I came to appreciate the distinctive smell of ink on paper. I enjoyed the feel of having one in my hands, flipping pages to favorite sections and writers who informed me both with facts and creativity.

“Until the past few years the traditional form of newspaper has remained the norm. I either grabbed it from a rack or the one rolled, bagged and thrown in the driveway in the predawn hours.

“Then came the cyberspace version of communication known as blogs and social media. From that point, the newsprint industry had to radically adapt or perish. The genie had been freed.”

“So I write to you,” Masterson continues, “not simply to acknowledge these changes but to shamelessly appeal to readers and subscribers to our invaluable state newspaper to help it survive. The critical time has arrived for us to familiarize ourselves with the new electronically delivered paper.

“The fundamental shift in delivering and reading newspapers is not only happening in Arkansas. Dailies nationwide have been forced into radical cutbacks or outright oblivion after hesitating to accept this economic reality and facilitate changes.

“Walter Hussman’s change to an electronic paper (except on Sundays for all but the northwest edition of the state by 2020) is further evidence of his willingness to sacrifice now for the sake of preserving the paper that has been losing advertising revenue since 2006.

“In putting millions where his heart is, Hussman genuinely wants to continue making sure our state has a paper its residents can appreciate, enjoy and respect.”

I made a similar decision eight years ago with my One Day at a Time tabloid newspaper which I distributed free to about 30,000 readers on news racks supported by advertising sales and donations to my non-profit company.

I decided to drop the publication and expand my modest web site into something that would potentially serve a much larger audience in Little Rock and other locales.

While working as a newspaper reporter in NYC in the early 1930’s, my father met Earl Newsom who had founded a company in 1935 to help clients identify and respond to public opinion about them and their products. My father and Newsom hit it off and within a short time had clients like CBS, International Paper Co., the Rockefeller Foundation, Standard oil and Ford Motor Company.

Measuring public opinion as part of corporate marketing was an idea supported by pollster Elmo Roper, author Walter Lippmann and a growing number of other high profile advocates, and Newsom and Company at 57th and Madison Avenue shared their advocacy.

There was only one thing wrong. In the mid to late 1930’s, the winds of war were beginning to blow in Europe and in the far east.

Alarmed by these developments, my father, too old to be drafted–he was 39–decided to give up his increasingly lucrative Newsom job in New York and buy the local weekly newspaper, the Summit Herald, in Summit, N.J. where we lived.

He was motivated mainly by the safety issue and being close to his family in the face of possible hostilities, but he also had ideas about developing profitable community newspapers, just as the Paddock Publications had done in the Chicago area.

On December 7, 1941, the Japanese attacked Pearl Harbor and the young men of Summit began to go to war.

At home, food and gasoline were rationed and some people groused or tried to game the system but mostly we pulled together with victory gardens, gas rationing and food stamps. Every neighborhood had an air raid warden, and we turned the lights off at 10.

My dad bought the makings of a chicken house at Macys, and I started selling eggs and chickens to the neighbors. I also caddied at Canoe Brook country club carrying double at a buck and a quarter a bag carrying double.

At the end of the war, my father went back to Newsome, a wise decision, and I went to prep school to smooth off the rough edges developed during the war years including smoking cigarettes and drinking an occasional beer.

After prep school, college, graduate school and three years in the Navy I spent part of the time buying, selling and operating newspapers with a fair amount of success.

Publisher Walter Hussman announced in May that the Arkansas Democrat Gazette will cease publishing it daily newspaper and provide readers, instead, with an “I-Pad” to cover the news as it happens.

“So I write this morning,” he continues, “not simply to acknowledge these changes but to shamelessly appeal to readers and subscribers to our invaluable state newspaper to help it survive. The critical time has arrived for us to familiarize ourselves with the new electronically delivered paper and thereby remain loyal to our Arkansas Democrat-Gazette

“The fundamental shift in delivering and reading newspapers is not only happening in Arkansas. Dailies nationwide have been forced into radical cutbacks or outright oblivion after hesitating to accept this economic reality and facilitate changes.

Face it folks. Those big roles of paper are not coming back.

As part of our mission to help as many people as possible overcome their addictions please accept a free copy of David's book as our gift to you! To receive your free gift please submit the form below.  You will receive a download link in your … END_OF_DOCUMENT_TOKEN_TO_BE_REPLACED

As part of our mission to help as many people as possible overcome their addictions please accept a free copy of David's book as our gift to you! To receive your free gift please submit the form below.  You will receive a download link in your … END_OF_DOCUMENT_TOKEN_TO_BE_REPLACED