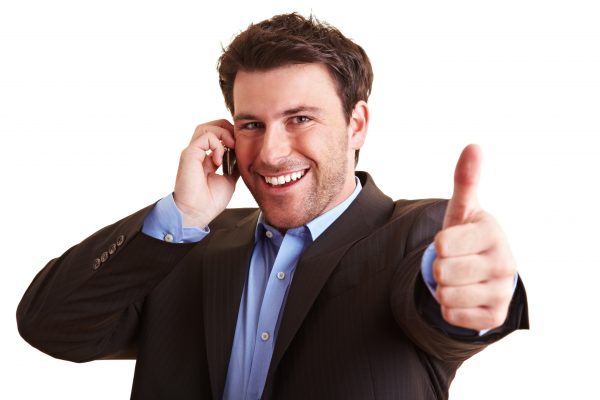 Giant forklifts and cranes carry up to 20-ton pieces of steel to sandblasting machines that have to be adjusted precisely for every job.

Full-time inspectors on the 80,000 square foot factory floor ensure that the company processes is safe to use. Employees must be focused, alert and ready to respond if something goes wrong.

As part of the job they sandblast large pieces of fabricated steel then apply coatings and paint to prepare the steel per strict specifications for construction projects across the United States. Drive over a bridge or walk into a building and it’s possible Envirosafe processed the steel for it.

Under the circumstances, it is somewhat surprising to learn that Envirosafe welcomes job applicants who have a history of alcohol and drug abuse arrests and even stints in prison.

Enlightened self-interest might be the phrase for it, but it goes deeper than that.

George Vorel, the founder and owner of the company, an industrial steel processing company in Carnegie, Pennsylvania, says, “We’ve hired a number of guys with backgrounds like that and some of them have established successful careers here.

“I’ve learned through experience that addicts and anyone else who makes a big mistake in life need a second chance. No one should be shut out of society because they were ensnared by addiction to drugs or alcohol.

“If I didn’t believe that, my wife, Marg, and I would have given up on our own daughter a long time ago. We didn’t give up, and neither did she. And so neither does Envirosafe.

“Growing up in a dysfunctional family, I learned to be self sufficient from a young age. I trained as a mechanical engineer at the University of Cincinnati and decided early in my career that I’d be happiest running my own business instead of working for someone else.

“I started Envirosafe with my son, Mike. We built the business until we were handling steel for big construction projects in New York City on military base and at oil and gas facilities around the nation.

“On the parenting end, I swore I wouldn’t repeat the child rearing mistakes that had made growing up hard for me. I was affectionate with my kids and spent time with them coaching, vacationing, fishing and bicycling—all the things I never experienced as a child.

“Unfortunately it wasn’t enough to keep our young daughter out of trouble. She was in the eighth grade when the police caught her drinking beer with friends in a park late at night.

“We gave her a big talking to and reassured ourselves that even good kids do that sort of thing sometimes. But she kept hanging around with these friends, and we didn’t know how to shield her from their influence.

“Her grades declined. She turned sullen at home. After getting her drivers license she and a friend, the daughter of a school principal, took off in our car with a crazy plan to drive to California. Finally she called us, and we figured out where she was. Colorado. My wife flew there and drove the girls home.

An introduction to heroin

“Our daughter entered her first rehab in her junior year of high school. She barely graduated from a program of at-risk students. Less than a year later, a friend introduced her to heroin as a cheaper alternative to the opioid pills she’d been abusing. Before we knew it, she disappeared into hard-core drug use.

“Owners of industrial steel processing companies aren’t known for being in touch with their feelings. The pain of watching my daughter spiral out of control was like nothing I’d experienced. My wife and I tried every thing. We tracked her down tried to talk her into treatment and even brought her home—only to have her steal from us to feed her habit.

“One thing we hadn’t tried much was prayer. We attended church regularly, but like I said, I lived by a self-reliant philosophy. Surely there was some way we could fix our daughter. How could I build a successful business but not do a thing about my child’s addiction?

“One fall I threw a bunch of gear into a Jeep and headed to a hunting camp in northern Pennsylvania. I needed to clear my head. It was evening when I arrived at the camp. I turned off the engine and sat in the gathering gloom.

“I needed to think. Margi and I were having a hard time—many marriages struggle when there’s addiction in the family. I looked at the passenger seat and saw a hunting magazine. Beside it was a bible. I’d brought it thinking it might have some wisdom to offer. I sure needed some.

“I picked up the Bible and opened to Paul’s letter to the Romans. Here how little I knew the bible—I thought maybe that chapter had some good parts about gladiators!

I started reading at chapter 12 “do not conform to the pattern of this world, but be transformed by the renewing of the our mind.”

What was this about? Definitely not gladiators. But it sounded like what I needed –to be transformed to have my anxious, heartbroken mind renewed.

I read on: “Then you will be able to test and approve what God’s will is—his good, pleasing and perfect will”

“God’s will? What did that mean? Our whole family?

“Lord, I heard myself pray Transform me. Renew me. Show me what your will is for me. I can’t do this on my own.”

I glanced at the dashboard clock. It was just about 9 p.m.—how long had I been sitting there? Out of habit, I reached for the radio to listen to news headlines. The radio must have been turned to a Christian station. A pastor was just wrapping up his sermon.

“Let us conclude by turning to Romans, Chapter 12,” he said. Then he read out the very Bible verses I had just read. A chill ran down my spine.

“I couldn’t wait to get home from that hunting trip. I had no magic insights about treating my daughter’s addiction. But I did know how my own life needed to change. Mark and I began praying more. We recommitted to church. I went to Bible studies, classes, anything to learn more about this God who had spoken to me in the Pennsylvania hills.

“Our daughter continued to struggle. She landed in jail several times, and I visited her. What I stopped doing was trying to fix her. “I’m praying for you, and I love you,’ I told her.

“I prayed for other inmates I saw. Some of them I knew. Ours is a close-knit area, and by this point the scourge of uploads had claimed many local victims.

“A small group of church families began meeting weekly to pray for our children and the drug problem scarring our community. Through that group, we began a weekly support meeting for addicts and their loved ones. When our church started a prison visitation ministry, I was quick to sign up.

“At last my daughter got sick and tired—as they say in recovery—of being sick and tired. She entered rehab and stuck with it. She’s been sober for 12 years now. She earned a master’s degree in social work and is now employed as a drug and alcohol counselor.

“About five years ago, she wanted me to meet someone. ‘Dad,’ she said, ‘this is the guy who introduced me to heroin. He needs a job.’

“Maybe once I would have wanted nothing to do with this guy, but he, too, had turned his life around. Like my daughter, he desired a second chance.

Envirosafe was looking for workers. There’s a turnover in this business. The work is not easy. I thought about the people I’d encountered in the jails and prisons I’d visited. How hungery some of them were for a fresh start.

“How would you like to try working at my company?” I asked my daughter’s friend. He said he would.

“He turned out to be a terrific employee. Smart. Motivated. Eager to learn. It took Mike and me a long time to trust him. But gradually we did.

“We began considering other applicants with black marks on their records. We’ve never recruited people with checkered backgrounds. But we’re open to them. Provided they’re willing to work hard and submit to random drug testing, we offer them a job.

“We’ve hired dozens of guys looking for a second chance. Not all of them work out. Even my daughter’s friend, after close to four years of sobriety, relapsed and had to be let go. He continues to fight for sobriety.

“Opioids are among the hardest drugs to kick, and addiction is so often a disease of relapse.

“Thanks be to God, our daughter’s sobriety has held. She got her second chance and, in a way, so did I. I’ll never forget that night in the Pennsylvania hills.

“I know now what God’s will is for me. And for Envirosafe. God extends his infinite mercy to a world that so badly needs it. I try to do the same.”

Note: Guideposts is a monthly inspirational interfaith nonprofit magazine. Most of this Blog was taken from number 7 (July 2018) of the magazine’s “overcoming addiction” series. Number 8 focuses mainly on meth addiction.

As part of our mission to help as many people as possible overcome their addictions please accept a free copy of David's book as our gift to you! To receive your free gift please submit the form below.  You will receive a download link in your … END_OF_DOCUMENT_TOKEN_TO_BE_REPLACED

As part of our mission to help as many people as possible overcome their addictions please accept a free copy of David's book as our gift to you! To receive your free gift please submit the form below.  You will receive a download link in your … END_OF_DOCUMENT_TOKEN_TO_BE_REPLACED