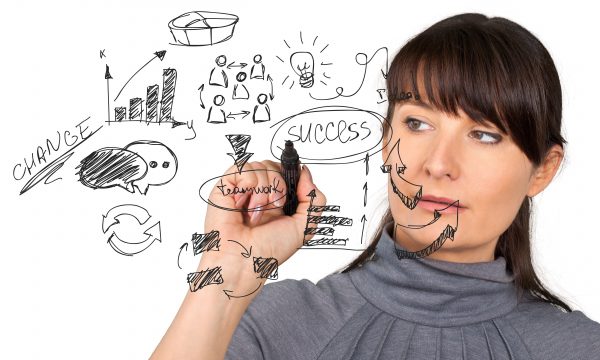 President Donald Trump, in his public verbal scuffle with Baltimore’s Congressman Elijah Cummings, has opened the door to frank discussion dealing with years of neglect in Baltimore and other cities.

Cummings has represented Baltimore in Congress for nearly 25 years, Trump said, “with less than nothing to show for it.

“No human being would want to live there,” Trump said, “it’s a very dangerous and filthy place– a rat and rodent infested mess.”

Who can argue? Baltimore has the highest murder rate of any big city in America and has gone through four police commissioners and three mayors since 2016.

The 68 year old Cummings now finds himself being held more to account by his constituents which could be the beginning of badly needed changes in Baltimore as well as other cities.

According to FBI data, the most violent cities in the U.S. Include St. Louis, Detroit, Baltimore, Milwaukee, Cleveland and Oakland, California.

It began, Siegal says, with the establishment of the Kerner commission in 1967 when President Lyndon Johnson, established a Commission which was directed to answer three basic questions regarding cities in distress: What happened? Why did it happen? What can be done to prevent it from happening again?

To respond to these questions, officials said they had undertaken a broad range of studies and investigations. They had visited the riot cities; they had heard many witnesses; they had sought the counsel of experts across the country.

Their conclusion was that America was moving toward two societies, one black, one white—separate and unequal.

“Over time, Siegal said, “the Kerner Commission’s view of racism became gospel in the media, academia and the Democratic Party.

The result was that an intellectual iron curtain descended to protect poor black politicians—including ineffective ones like Mr. Cummings and even con men like the Reverend Al Sharpton—by denouncing their cities as racist.

President Trump found further support from Wall Street Journal writer Daniel Henninger, who noted in a recent column that “political control of Baltimore, Boston, Chicago, Detroit, Philadelphia and St. Louis has remained in the hands of the Democratic Party for decades.

“It has been to their detriment,” he said.

“Democrats,” he continued, “are now in a destructive codependent relationship with public sector unions. Inner city residents have become an afterthought.”

It seems unlikely that these and other drug infested communities will change any time soon on their own, but for those interested in actively promoting healthy change, a look at how the Rockefeller Foundation has helped countries and communities for more than 100 years beginning in 1913 is useful.

This summer, at our family cottage in Canada, I came across a copy of the book, “Toward the well being of mankind. Fifty years of the Rockefeller Foundation.”

The book is huge–a foot high and nine inches wide– and was edited by Arthur B. Tourtellot and published by Double Day & Co. in 1963.

Tourtellot and my father, Fred Palmer, were partners in Earl Newsom & Company, a highly respected public relations firm of the time, and had been retained by the Rockefeller Foundation to promote and gain public support for the Foundation’s impressive achievements going back to 1913.

The mission of the Rockefeller Foundation, unchanged since 1913, has been to promote the well-being of humanity throughout the world. In this ambitious endeavor the Foundation focused on helping large segments of people get well, and it succeeded .

Those who have failed restore Baltimore and other major cities would benefit from studying in detail what the Rockefeller foundation  achieved   In 1963, the  Foundation had already completed a half century of activity directed toward “the well-being of mankind throughout the world,” as its charter defined its purpose.

“In the the course of these fifty years, the foundation, through its officer and field staffs, has carried out a broad program, comprising grants to education and research institution, a number of operating projects conducted by is own staff members and fellowships to provide for individuals of promise to develop their full professional potential.”

“For that last half century, the Rockefeller Foundation was in the vanguard of human progress all around the world. Early in its history, Foundation scientists led the way to the conquest of hook worm, malaria and yellow fever and pioneered on public health programs.

“Within a single generation, agriculture specialists from the Foundation helped to convert the agrarian economies of some Latin American nations from deficit to surplus at the same time creating pilot projects for other lands .

The Foundation advanced and strengthened institutions of higher learning both in the United States and overseas. Foundation grants have supported hundreds of projects and encouraged hundreds of gifted creative workers and scholars in the arts and he humanities.

The story of the first fifty years, from 1913 through 1963 of this remarkable philanthropy is told by one time New Yorker correspondent Robert Sharplen.

Mr. Sharplen was a war correspondent in the Pacific for News Week and later headed that magazine’s Far East bureau. In 1947-48 he was a Nieman Fellow at Harvard.

The Rockefeller Foundation also has a history of promoting sobriety. In 1940, John D. Rockefeller Jr. gave a dinner for some of New York City’s most influential citizens. Its purpose was to promote Alcoholics Anonymous (AA) which had been formed five years earlier by two recovering alcoholics—Bill Wilson and Dr. Robert Holbrook Smith–commonly referred to as “Dr. Bob.”

Rockefeller, a non-drinker and strong supporter of prohibition during the 1920’s, which made drinking illegal, suffered a blow when drinking was made legal again in 1934. The impact was somewhat softened by the founding of AA a year later which gave him hope for a response to the nation’s growing drug habit. He became an active supporter of AA.

Drunks weren’t generally seen as prize charity investments. But through a network of friends and in-laws, word of Wilson’s needs got to the man who managed Rockefeller’s charities and eventually to Rockefeller himself.

Over the years AA has succeeded, in some cases spectacularly.

As for the Rockefeller Foundation, it continues to promote new frontiers of science, data, policy, and innovation to solve global challenges related to health, food, power, and economic mobility.

As part of our mission to help as many people as possible overcome their addictions please accept a free copy of David's book as our gift to you! To receive your free gift please submit the form below.  You will receive a download link in your … END_OF_DOCUMENT_TOKEN_TO_BE_REPLACED

As part of our mission to help as many people as possible overcome their addictions please accept a free copy of David's book as our gift to you! To receive your free gift please submit the form below.  You will receive a download link in your … END_OF_DOCUMENT_TOKEN_TO_BE_REPLACED