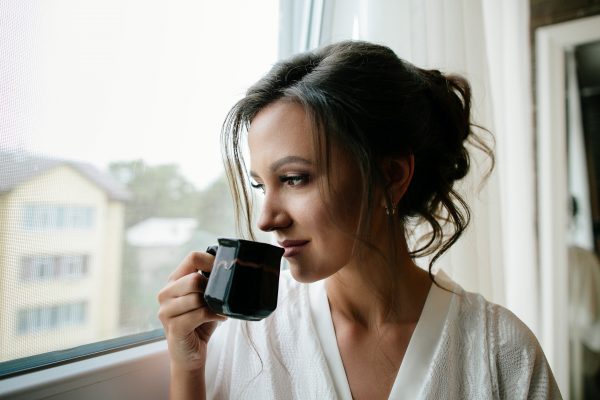 Mary Karr, author and recovering alcoholic,  grew up in a tough Texas town with a neglectful even homicidal alcoholic mother (who found many years of sobriety in her later years and reconciliation with her daughter) and a hardworking but disengaged father about whom she writes “Daddy floated through the house with an increasingly vacant stare, leaving a wake of Camel smoke.”

Despite the handicaps of her rough childhood, Mary managed to get an education, support herself and develop her love of poetry. She also developed a nasty drinking problem that accelerated when she married Warren Whitbread, a 6’5” Ivy League, handsome hunk, from a prominent Dallas family who shared her love for poetry and the love of their son,

Eventually Mary, scared and resentful, finds herself in her first 12-Step meeting “full of apprehension” and  followed by a glimmer of hope which she hid under an air of contempt.

After contemplating the overall tacky appearance of the room and its “cornball slogans,”  Mary tries to pretend she is there by accident.

“I warp my mouth into a stiff rictus and begin trying to impersonate a good and sober person who’s only wandered in through curiosity and happenstance.”

Later, while the meeting is in progress, she slips out for a cigarette and meets a young man who asks her, referring to the point of the meeting, if she “gets it.” She replies, “I wouldn’t be out here smoking if I got it.

“Same here, says the young man, adding that while he drank a lot he mostly did marijuana which can’t be so bad because it’s natural.”

“He concedes that’s true but also points out how, since the average pot smoker doesn’t tend to steal your TV, people don’t frown on it like they do, say, smoking crack, then plowing over the crossing guard.”

As time passes, the meetings begin to work, and to provide further verification, Karr, still new to the program runs into Tom, a legendary drunk from her past life who sobered up the 12-Step way and became a model family man.

“That morning after my weepy crash,” Karr writes, “I stand snot-nosed before Tom and his wife in their breakfast nook, waiting for both of them to deliver some healing whap to my head.

“Great,” Tom says instead. “You’ll get sober and your poems will get better and your kid will grow up with a happy mother.”

Karr chooses a priest for her fifth step, basically a verbal acknowledgement of past sins, and when it’s over he tells her to drop all the baggage.

“Brother Francis blinks behind his smeary horn-rims, saying, ‘Leave all that stuff here with me. God wants you to put this stuff down now. Go wear the world like a loose garment. And be of good cheer. If you let God in he’ll take this shame from you.”

Later, when she has doubts about her Christian faith and wonders whether it is all a big scam, another mentor sets her straight.

“Toby tells me how being a Christian during the Roman occupation was (as scams go) not so lucrative. The followers weren’t rich guys but riff raff—tax collectors and whores.

“You think Paul’s conversion made him some rich cult leader? That’s a laugh. He essentially resigned a CPA job to ride with the Hell’s Angels.

A weakness for men

“Early Christians, he tells me, partly won converts by going to death singing. I mean, a lion is eating your face, and you’re singing.”

Then there is her weakness for men, which she discusses with sister Margaret with the following result:

“Let’s eat a cookie and pray for each other’s disordered attachments, she (Sister Margaret) says. Mine involve pride and cookies.

“Mine, I say, involves pride and good-looking men.

“Together we bow our heads.”

In the end, Mary has become a woman of faith, but she is not without her doubts, which she discusses with Father Kane, a retired priest.

“I sit weeping across from him, fully aware of the ingratitude I’ve occasionally nurtured and fertilized like a garden of black vines. Which posture rankles him. ‘Oh, get up, Mary,’ he says. ‘You know damn well God loves you.’

“I’d like to say I never waver from that place, but on a crowded subway I still pine for a firearm some days.”

Lit is Mary’s third memoir.  She is also  author of Liar’s Club and Cherry; a Guggenheim Fellow in poetry; and a Peck professor of literature at Syracuse University.

She, herself is surprised by the how life is turning out.

“At age seventeen, stringy-haired and halter-topped, weighing in the high double digits and unhindered by a high school diploma, I showed up at the Pacific ocean, ready to seek my fortune with a truck full of extremely stoned surfers.”

Life with the surfers, which opens the book, quickly turns south, and she impulsively accepts a ride from a clearly unhinged young man in a broken down Volkswagen who suddenly turns monster.

“He smiled,” Karr writes, “showing the pointy incisors of a gerbil … I could see how wildly high he was. I must have had heat stroke to miss it. His eyes were tar pits, his body slick with sweat. This wasn’t a cannabis saliva high, nor heroin nod-off high nor John Lennon’s imagine-all-the-people-living-in-one-world high. This was eye-ball-boiling grind-your-teeth-to-bloody-stubs high. In short crystal meth high.”

Karr forthwith makes a successful run for it.

“If you’d told me even a year before I start taking my son to church regular that I’d wind up whispering my sins in the confessional or on my knees saying the rosary,” she says, “I would have laughed myself cockeyed.”

A more likely pastime, she suggests, would have been “Pole dancer. International spy. Drug mule. Assassin.”

Mary is irresistible. She has spunk, wit, good looks and self-awareness.

As part of our mission to help as many people as possible overcome their addictions please accept a free copy of David's book as our gift to you! To receive your free gift please submit the form below.  You will receive a download link in your … END_OF_DOCUMENT_TOKEN_TO_BE_REPLACED

As part of our mission to help as many people as possible overcome their addictions please accept a free copy of David's book as our gift to you! To receive your free gift please submit the form below.  You will receive a download link in your … END_OF_DOCUMENT_TOKEN_TO_BE_REPLACED