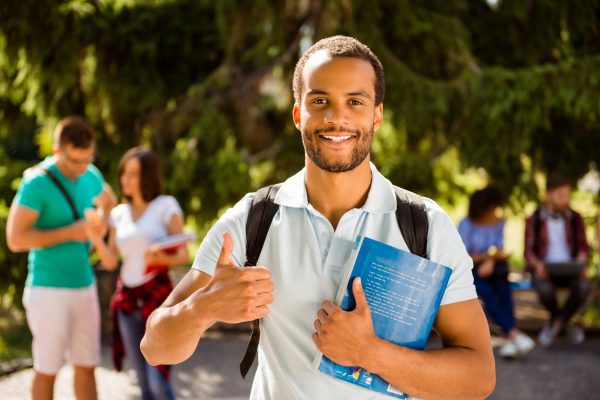 So said conservative columnist, Peggy Noonan, in her Wall Street Journal column in early May.

“ It has been enduring for many years,” she said, “a continuing cultural catastrophe—illegitimacy, the decline of faith, two family formation, child abuse and neglect, drugs, inadequate public education and so on. All this exists along side an entertainment culture on which the poor and neglected are dependent and which is devoted to violence, sex and nihilism.

“As a people we are constantly and bitterly pitted against each other, and force-fed the idea of America as an illegitimate, ugly, racist and misogynous nation. Even honest love of country isn’t allowed to hold us together anymore.

“America to my mind is what Pope Francis said the church was: a field hospital after the battle. We are a beautiful and great nation but a needy, torn up one, in need of repair.

“You can’t see all the world’s weapons and all its madness and not know that eventually we will face a terrible day or days when everything will depend on our ability to hold together and hold on. “Maybe it will involve nuclear weapons, maybe an extended rolling attack on the grid, maybe bioterrorism. But it will be bad. And there will be deep stress and violence. The great question in those days, under that acute pressure, will be; will we hold together?

“If these are your predicates—America in cultural catastrophe, and hard history ahead you spend your energies on a battle not to make government significantly smaller but to make it significantly more helpful.”

Sad to say, the federal government and its two parties seem to be floundering

As a preacher, he deals daily with the inner-city problems on the streets of Little Rock with limited resources but fortified by his faith in Jesus Christ.

Paul Greenberg, a Pulitzer Prize winning journalist, now retired from his job as editor at the Arkansas Democrat Gazette, wrote about Stewart in a column several years ago. It is worth revisiting as we seek solutions for the growing abuse of drugs accessible on our streets.

In his column, Greenberg said that Little Rock, like most other communities, has been slow to adequately confront a drug menace that has become increasingly deadly.

“We can’t solve the problem with social programs or by legislative means,” Stewart says. “We cannot fund love, caring or compassion, and it’s difficult to fund understanding and kindness. That has to come from being “born again” through our Christian faith.

The deterioration of our society, Stewart maintains “is our inability to maintain a Godlike character and attitude.We have not taught our children the values, the fear and the respect of God.

Stewart founded Watershed with the Mt. Nebo African Methodist Episcopal church in 1978. Located in the former Gillam Park School building It serves all people who come through its doors in Pulaski County and surrounding areas. He calls it “the world’s first social hospital.”

Watershed’s name is derived from the Biblical story of the Hebrew exodus. The Jewish people were transformed (a watershed event) from their suffering under bondage in Egypt when they crossed the Red Sea and later became the nation of Israel.

Watershed seeks to transform the lives of those it serves, helping them to build lives of productivity and fulfillment in today’s world.

Its mission is to feed the hungry, clothe the naked, house the homeless cheer the fallen, provide jobs.

Watershed believes in helping people help themselves, building on their gifts and strengths to address their greatest needs. Its mission statement reads, “feeding the hungry clothing the naked housing the homeless, cheering the fallen, providing jobs tor the jobless, administering to those in crisis and encouraging economic development and self-sufficiency.

“Maybe that’s what is missing form our oh so advanced solutions to the scourges of poverty and violence and ignorance and crime. Our mechanistic, material, political solutions reflect a failure, even a refusal to understand that the meaningful solutions as Brother Steward would say “have to come from being born again.” And again. And again. Call it spiritual growth”

The constant experience of rebirth makes the world young again in a way no political or social ideology can. The old words shine with new relevance as they did the first time. The ever changing words of the Social Services—what an arrogant oxymoron!–can operate only from the outside, not from within. Is that why they age so rapidly, and need to be replaced so regularly? Is that why, after spending $5 trillion on our own Thirty Years War, this one called the War on Poverty, poverty seems to be winning? Can the changes we have invested so much have been only outward ones?

On a personal note

The late Jack and Jacquelin Kennedy were married the summer of 1953 at Newport, Rhode Island.

The Kennedy’s were getting married at the Catholic Church at Newport, and I was at Officers Candidate school across town at the Naval Base. It was near the end of the Korean War and my two Harvard Business School roommates and I had decided to sign up rather than be drafted.

Both Jack and I, happy to say, succeeded that summer. He went on to become President, and I became a commissioned officer—aka Ensign David Palmer. I was assigned to Nato headquarters in Izmir, Turkey on the Aegean sea with my wife, Joan, and our new baby boy, David.

Izmir, referred to as “Smyrna” in the Bible was (one of how many cities called what?)

At that time I called myself an agnostic. I certainly had no appreciation for the role played by Smyrna on the Aegean Sea and nearby Ephesus in the birth of Christianity. We did make several trips to the Ephesus site with our baby boy to collect coins sold by a band of little boys. (what the heck did I do with those coins?)

We came back to the states bearing with us another baby boy, Michael, in 1956, bought a little house (the popular “Bumstead” model) on Wade Drive in Summit N.J. and settled in. I got a job in Manhattan at Young & Rubicam one of the top three advertising agencies in the country. And yes, we had another baby boy, Christopher.

Operating in New York as an account executive in major advertising agency, Young & Rubicam, I succumbed to the hype and high living and began drinking alcoholically. My wife and I were separated, then divorced. Then, at age 50, I went to my first AA meeting and joined Fellowship Bible Church in Little Rock. Becoming a Christian changed my life. I remarried my wife, and haven’t had a drink or drug in 40 years.

As part of our mission to help as many people as possible overcome their addictions please accept a free copy of David's book as our gift to you! To receive your free gift please submit the form below.  You will receive a download link in your … END_OF_DOCUMENT_TOKEN_TO_BE_REPLACED

As part of our mission to help as many people as possible overcome their addictions please accept a free copy of David's book as our gift to you! To receive your free gift please submit the form below.  You will receive a download link in your … END_OF_DOCUMENT_TOKEN_TO_BE_REPLACED