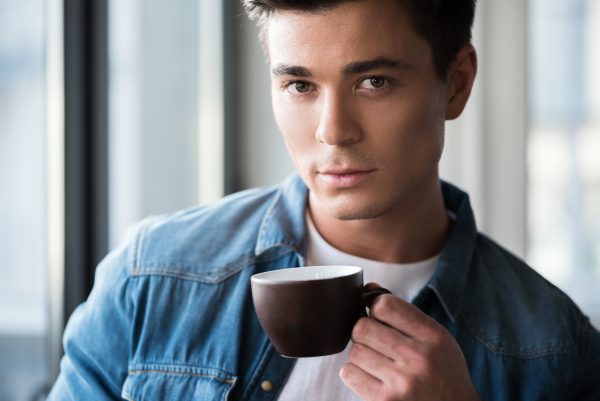 “The major successes fighting alcoholism and drug abuse, have been achieved by the local citizens in individual communities,” according to  the late Peter Drucker, author and teacher on business.

Drucker added, for good measure, that, “None of the U.S. programs of the last forty years in which we tried to tackle a social problem through big government action has produced significant results.”

As a longstanding member of AA, myself, I can confirm the late Mr. Drucker’s positive assessment of 12 step programs. I would only add that we need to do more as described in the book “The Essential Drucker. The Best Sixty Years of Peter Drucker’s Essential Writing on management.”

“People do need  community,” Drucker says, referring to the decline in small towns.

“They need it particularly in the sprawling huge cities in which more and more of us live.

One can no longer count—as one could in the rural village of the past in which neighbors shared the same interests, the came occupations, the same ignorance living together in the same world.

Drucker, who died in 2005 at the age of 96. was an Austrian born American management consultant, educator and author whose writings contributed significantly to the philosophical and practical foundations of the modern business corporation.

Partly because of his influence, America now has almost one million non-profit organizations active in the social sector.

The non-profits have become America’s biggest employer. Every other American adult (more than 90 million people all told) works at least three hours a week as “unpaid staff.”

That is, working as a volunteer for a non-profit organization, such as church and hospitals for health care agencies, for community services like Red Cross, Boy Scouts and Girl Scouts, for rehabilitation like the Salvation Army and AA, for shelters for battered wives and for tutoring services in inner city schools.

The main reason for this upsurge of volunteer participation in the United States is not so much as an increase in need, the Essential Drucker maintains. The main reason is the search on the part of the volunteers for community, for commitment, for contribution.

The great bulk of our new volunteers are not retired people. They are husbands and wives in the professional two-earner family, people in their thirties and forties, well educated, affluent and busy.

They enjoy their regular jobs. But they feel the need to do something where they can make a difference, to use the phrase one hears again and again—whether that means running a Bible class in the local church, teaching disadvantaged children the multiplication tables, or visiting old people back from a long stay in the hospital, and helping them with their rehabilitation exercises.

Drucker was born in 1909 in Vienna, Austria and was educated there and in England. He earned his doctorate in public and international law while working as a newspaper reporter in Frankfurt Germany, and afterward worked as an economist for an international bank in London.

In 1937, he came to the United States, and two years later he published his first book, “the End of Economic Man.”

Drucker’s management books and analysis of economics and society are widely read and respected throughout the world with editions in more than twenty languages. He also wrote a lively autobiography, two novels, and several volumes of essays.

A frequent contributor to various magazines and journals over the years, Drucker was also an editorial columnist for the Wall Street Journal from 1975 to 1995.

His views on business and, by inference, the illegal drug business, are useful.

It is no longer convenient or cost effective to move people into and out of the cities. Witness the two-hour trips in packed railroad cars to reach the Tokyo or New York office building, the chaos in London’s Piccadilly Circus, or the two hour traffic jams on the Los Angeles freeways every morning and evening.

“Increasingly people will work in their homes, or, as many more are likely to do in small office satellites outside the crowded central city,” Drucker said.

When I mustered out of the Navy at 90 Church Street in Manhattan in 1956 (a building which was destroyed in the attack on the Twin Towers in 2001), I landed my first job with Young and Rubicam (Y&R), a top four New York City advertising agency, for $100 a week.

The commute was a killer, even then, but acceptable because that’s where the jobs were.

I left my home in Summit N.J. at 7 a.m., took the Lackawanna railroad to Hoboken, the Hudson tube to 34th street and walked eight blocks to the agency on Madison Avenue. Elapsed time was an hour and a half minimum. Each way.

After three years of this, I quit the agency and bought, with family help, a small town newspaper, “the Citizen” in Denville, New Jersey and became its editor publisher. Four years later, I sold the paper, tried another agency in the city and confirmed that it wasn’t for me. I went back to local newspaper publishing .

Not long after that, Peter Drucker wrote his “big city” obituary near the end of the 20th century.

“Today’s city was created by the great breakthrough of the nineteenth century which made it possible to move people to work in the heart of the city, where the action was, by train, streetcar, bicycle and automobile.

Now it is being transformed by the great twentieth-century breakthrough–the ability to move work to the people outside the city.

We can no longer conveniently, or cost effectively, move people in and out of the city, as witness the two-hour trips in packed railroad cars to reach the Tokyo or New York office building, the chaos in London’s Piccadilly Circus, or the two hour traffic jams on the Los Angeles freeways.

Increasingly, people will work in their homes, or, as many more are likely to do in small office satellites outside the crowded central city. It is a better environment for keeping an eye on things and contending with drugs.

The influence of Nonprofits is growing

Drucker believed that management was itself an important and noble endeavor. He did not, throughout most of his career, focus much on leadership. Having fled Nazi Germany soon after Hitler’s rise to power, Drucker’s view of leaders, particularly charismatic leaders, was not particularly positive.

He was a prolific author. Three of my favorite books are The Practice of Management first published in 1954, the Effective Executive in 1966 and Innovation and the Entrepreneur in 1985.

We can say with near certainty the challenges we will face in the next economy are management challenges that will have to be tackled by individuals. Governments will be able to help or hinder. But the tasks themselves are not tasks governments can perform.

As part of our mission to help as many people as possible overcome their addictions please accept a free copy of David's book as our gift to you! To receive your free gift please submit the form below.  You will receive a download link in your … END_OF_DOCUMENT_TOKEN_TO_BE_REPLACED

As part of our mission to help as many people as possible overcome their addictions please accept a free copy of David's book as our gift to you! To receive your free gift please submit the form below.  You will receive a download link in your … END_OF_DOCUMENT_TOKEN_TO_BE_REPLACED