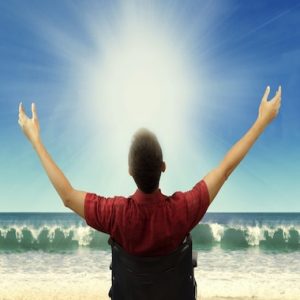 Early this summer a friend sent his 30 year-old son to a facility in Colorado for chronic heroin abuse treatment. Within hours of his release from the month-long, $30,000 program, his son got loaded on alcohol and drugs, ended up in a hospital emergency room and then disappeared. He emerged some weeks later at the Gordon Clinic on the Mexican side of California’s Baja peninsula and was in the middle of a week-long recovery program when he contacted his father with uncharacteristic enthusiasm … END_OF_DOCUMENT_TOKEN_TO_BE_REPLACED

When World War II began in 1941, my father gave up his high paying public relations job on New York’s Madison Avenue, bought the local newspaper, the Summit Herald, in our home town of Summit, N.J. and went to work. He was forty, had a wife and kids, and was therefore exempt from military service, but he wanted to be closer to home in uncertain times and to contribute to the war effort. What he did was modest, certainly when compared to the heroic achievements of members of the armed … END_OF_DOCUMENT_TOKEN_TO_BE_REPLACED

As St. Valentine's Day, an event that has been associated with love and reconciliation for centuries, approaches, it is appropriate to revisit that day in 1991. That was when John Baker took his wife Cheryl to dinner to begin making amends for the alcoholic behavior that nearly destroyed their marriage. Baker, an alcoholic who had been estranged from his wife, told her he had stopped drinking and wanted to help restore their marriage and be a part of her life if she would have him. She … END_OF_DOCUMENT_TOKEN_TO_BE_REPLACED

Bob G. served with the U.S. Marines in Vietnam for sixteen months and for many years has been treated for Post-Traumatic Stress Disorder (PTSD) stemming from his combat service during the late sixties. During the thirty-two years after his service, overcome by his fears, anger, and addictions, he lost his family and went to prison three times—once for murder. He also attempted suicide ten times. At one point, he was given a year to live because of his numerous afflictions. When you hear … END_OF_DOCUMENT_TOKEN_TO_BE_REPLACED

As part of our mission to help as many people as possible overcome their addictions please accept a free copy of David's book as our gift to you! To receive your free gift please submit the form below.  You will receive a download link in your … END_OF_DOCUMENT_TOKEN_TO_BE_REPLACED

As part of our mission to help as many people as possible overcome their addictions please accept a free copy of David's book as our gift to you! To receive your free gift please submit the form below.  You will receive a download link in your … END_OF_DOCUMENT_TOKEN_TO_BE_REPLACED